In 2006 Clyde joined with
award-winning filmmaker Elam Stoltzfus
to create a film and traveling exhibit about
the Apalachicola River. The film and exhibit
has traveled for five years and has now
found a home at the Preble-Rish Gallery in
Blountstown Florida.
Preble-Rish Inc., an engineering and
consulting firm, donated space to house
the exhibit for the Calhoun County Chamber
of Commerce, which is the proprietor
of the exhibit. 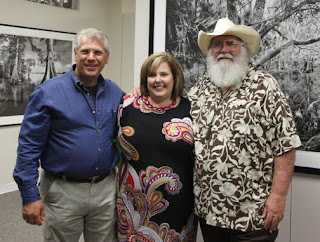 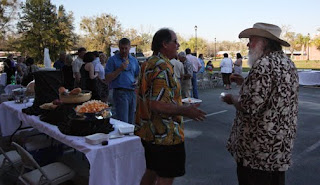 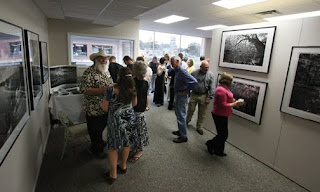 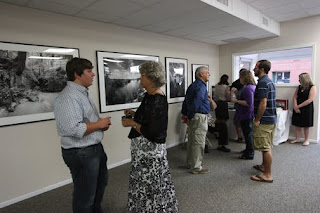 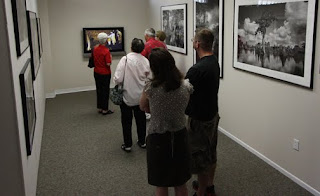 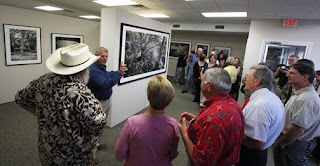 Elam Stoltzfus telling his stories
of filming the river 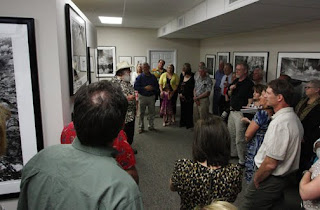 Clyde telling more stories of photographing
along the river

Watching the film:
Apalachicola River ~ An American Treasure
We enjoyed seeing so many people that we had
met while working on the film with Elam Stoltzfus.
Blountstown is a wonderful community and
the evening was a great success.