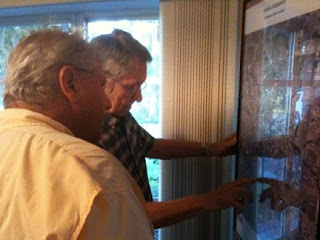 Frank “Sonny” Williamson Jr. showing
Elam a map of the ranch
The restoration of the Kissimmee River
Basin would not be the success it is without
the cooperation of the ranchers who once
grazed their cattle on what is now flood plain.
Many ranchers have helped in the effort led by
the vision of Mr. Sonny Williamson.
—————————————
Clyde and Elam Stoltzfus are embarking on
another exciting journey with a film
on the Kissimmee River Basin: the
Northern Everglades.
We are excited, once again, to be a part
of educating the people of Florida
about their state, tis beautiful environment
and the wonderful success of the
Kissimmee Basin restoration project.
To keep track of the progress of this film
check out:
http://northerneverglades.com
————————————————-
THE WILLIAMSON CATTLE COMPANY
More than a half a century ago, Frank Williamson, Sr.
founded the Williamson Cattle Company. Today
the business is still a family operation. Frank
“Sonny” Williamson Jr and his son, Frank
“Wes” Williamson III, run the 9,000 acre
ranch and citrus operation in Okeechobee while
Wes’ son, John Williamson, runs another part
of the cattle operation and a catfish farm in west
central Alabama.
The cattle have access to more than 9,000 acres
but only 6000 of those acres are grazable. Most
are hammocks, pine forests, and swamps that have
been left in their natural state to assure the
aesthetic value of the property and promote an
abundance of wildlife. With deer, turkey and
otters viewable in their natural settings, the
decision to retain their habitat was an easy one.
“When you can ride through a place and love
looking at the animals and the woodlands, that’s
a kind of pay day too,” Sonny said.
Balancing a successful agricultural operation with
Florida’s environmental concerns is a
challenge the Williamson have met head on.
“We are a family-owned corporation, and we have
a direction here,” Wes said. “We feel we have a
responsibility to the owners of the Williamson
Cattle Company before us and the owners of the
company after us.”
Frank Williamson Sr.
“You can make money and go on a vacation to
a beautiful place, or you can keep the beauty
where you are and enjoy it all the time.” 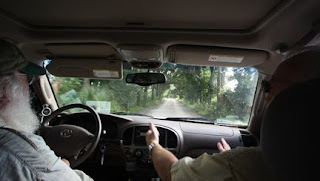 Heading down the road while
enjoying great stories from
Howard. 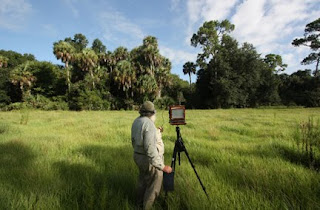 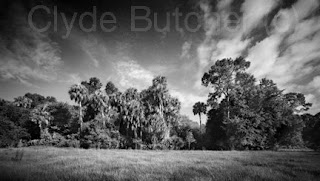 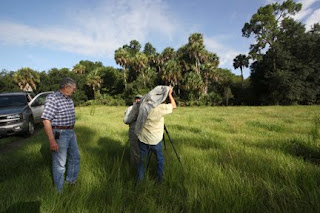 Howard checking out the
image in the camera 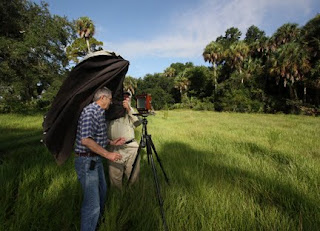 Sonny getting under the dark cloth
to see into the camera 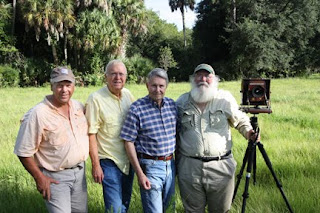 Elam, Howard Jones Jr.,
Sonny Williamson Jr.,
and Clyde
Howard Jones is Sonny’s step-brother
and has written a wonderful book
about his years on the ranch, “The
Green Jeep”. I didn’t want to see the
book end…made me feel closer to the
earth, animals and humanity. A good read. 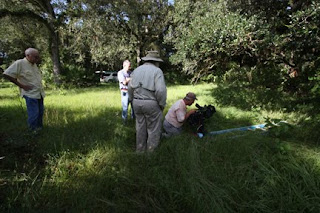 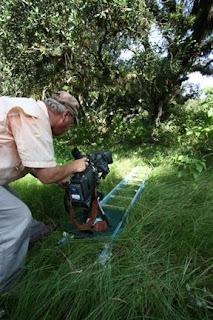 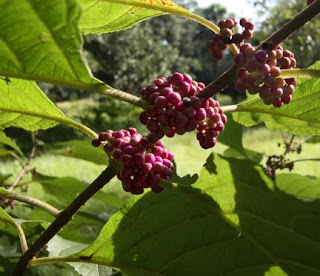 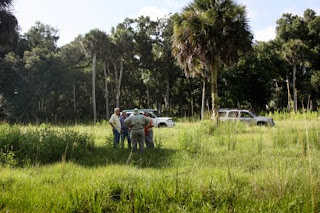 Discussing where to go next. The
ranch is so big and beautiful that
it is hard to choose which
direction to go. 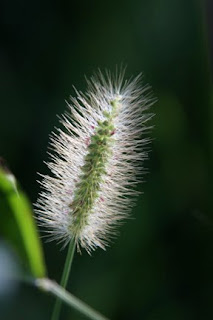 The field was filled with all kinds
of wonderful plants and flowers.
I could have spent a lot longer
on my hands and knees photographing
the beauty of small things! 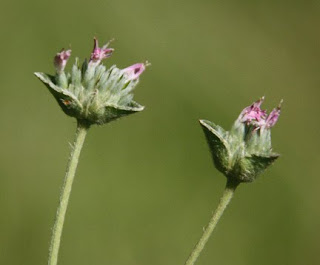 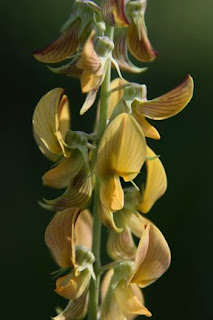 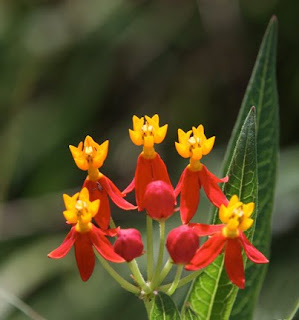 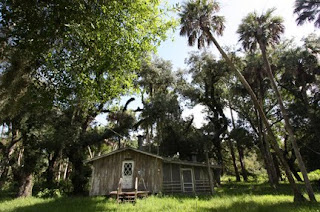 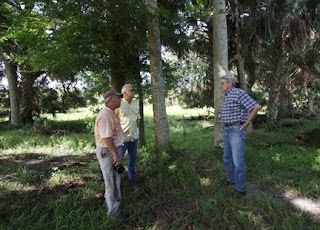 Discussing the Battle of Okeechobee
while standing on the site of the
last camp before the military
went into battle. 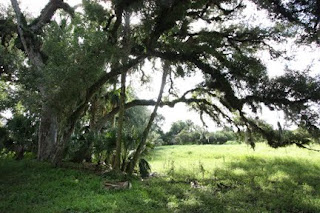 This area of the property is known for
being the last camp of the military
before the Battle of Okeechobee on
Christmas Day. This battle was one of
the major battles of the Second Seminole
War and the largest battle fought east of the
Mississippi.
The military followed the Seminoles to
this area, then camped for the night.
(The Seminoles were leading them
into a trap) When the military woke
up, the troops followed the trail into
a swamp where the grass stood five feet
high. The mud and water were three feet deep.
Horses were of no use, so Taylor moved
his men into the swamp. They were totally
surrounded by Seminoles, causing tremendous
damage, the volunteers broke and ran.
Taylor directed the men to keep fighting. In the end
26 soldiers died, and 112 were wounded. 11 Seminoles
died and 14 wounded. No Seminoles were captured.
There is a re-enactment of the Battle of
Okeechobee every year in Feb. Check out
the Chamber of Commerce in Okeechobee
for more information. 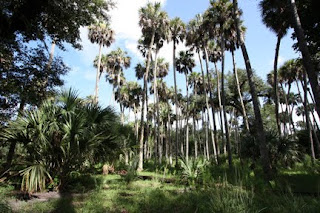 Military camped here before the battle 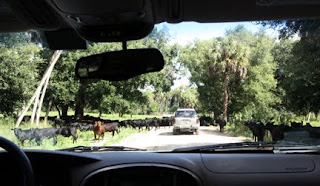 Heading back to the office
What a marvelous gift to live a life where
all you see around you is a beautiful
environment and it is yours. I am thankful
that folks like the Williamson’s
understand the deep connection the
earth has for us all and work to make
a positive environmental difference
in their ranch management.
It was a pleasure to spend a morning seeing
some of the ranch…hope time permits us
to return to capture more of that beauty
on film.