Kevin Barrier and his friend, Tony McDonald who is the Mine Manager on Babcock Ranch, invited Clyde for a day of photography on the Babcock Ranch. Naturally, we jumped at the chance! The ranch straddles the border between Charlotte and Lee counties and, at 91,000 acres, it is one of the largest remaining undeveloped tracts of land in the area.

The Ranch has recently gained a lot of notice when the owners decided to sell it. Naturally, the environmentalists went up in arms at loosing so much pristine land to developers. The conclusion to the battle to save the land is, in short, that the developer is going to preserve 80% of the land in its natural state. If you would like to know more about what is going on at Babcock here is their website:

www.babcockranchflorida.com
With an area of 91,000 acres, spending one day isn’t even close to seeing the beauty of the Babcock Ranch. However, having the opportunity to see even a small section of this wild and beautiful country is a grand opportunity. 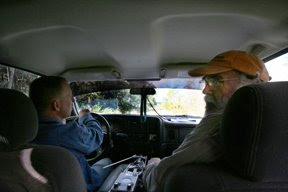 We met Tony at the ranch where we joined him in his pick-up. The roads we traversed were DEFINITELY four-wheel drive roads! It was so much fun that it made me want to get a vehicle just like Tony’s! 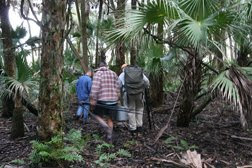 Whenever Clyde would see an area that showed possibilities, Tony would stop the truck and we would all hop out and take a hike into the woods. 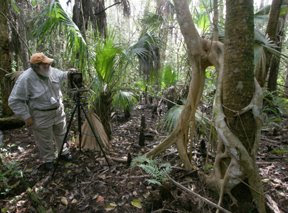 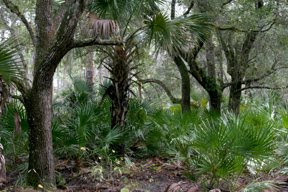 It seemed that everywhere we turned there was beauty in abundance! 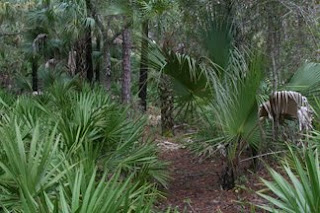 The hike back to the truck. It looks like an actual path, but really it is just an opening in the woods that we followed until it disappeared and we had to make our way through the bush. It is so much fun creating our own way through the woods. It may seem strange to some, but when I have to dip under and climb over things in order to move forward I have a deeper connection with the earth and consider the hike so much more fun! 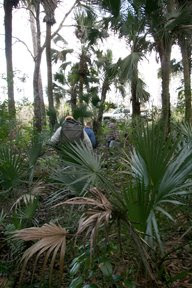 Hiking toward the truck 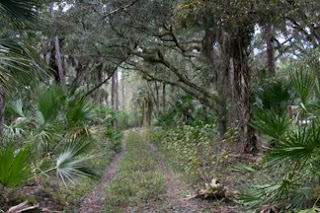 One of Kevin’s favorite spots is located near the “Governors Cabin”. The Babcocks had a nice little hunting cabin where several of Florida’s Governors would visit and enjoy the peace and quiet of nature…and do a little hunting too! This is the road to the cabin. 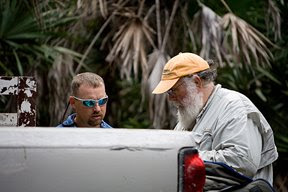 Troy and Clyde getting Clyde’s camera gear out of truck
The ranch has an abundance of wild hogs, so when we came across a large group of hogs with a whole bunch of babies the ‘red-neck’ in Tony came out. He jumped out of the truck and took off running trying to catch one of the piglets! I wish I had been doing a video! It was so much fun to watch him try and catch one of those little critters. Boy are they quick, but so was Tony. He almost got one when it jumped into a prickly bush. Tony gave up and meandered back to the truck. It was a moment of pure entertainment! 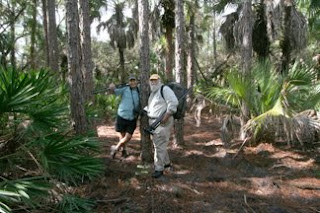 Kevin and Clyde on the hike to Kevin’s secret place. 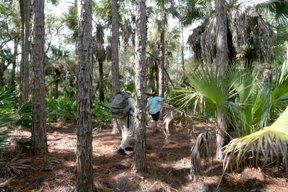 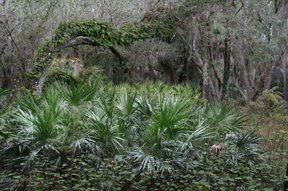 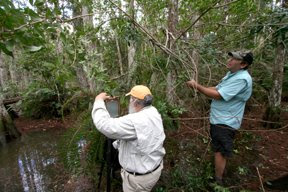 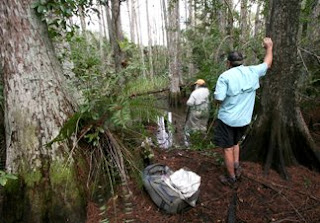 We finally reached a wonderful intimate pond. The composition was beautiful, but it was very difficult for me to photograph Clyde in a way that would show you what he was photographing, so you’ll just have to wait until he prints the image! In order for Clyde to get into the location where he thought the composition was the best Kevin had to attack a major bush and hold it back. He finally got the thing in control by wrapping it into itself and then stepped back to enjoy watching Clyde take the picture. 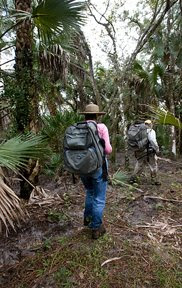 Clyde and I on the return hike. 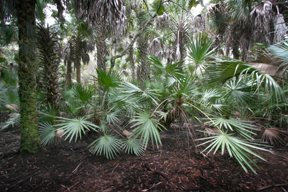 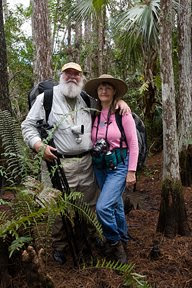 This photo was taken by Kevin, who we thank for being so thoughtful as to invite us to join him and Tony on such a great day photographing such a beautiful place!

One thought on “Babcock Ranch”